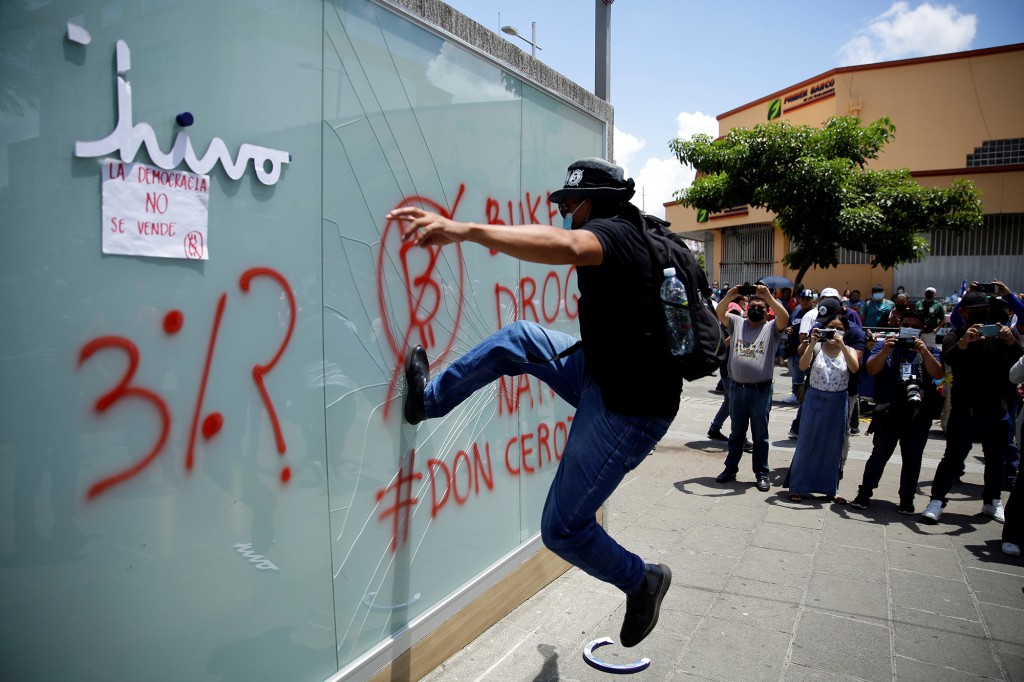 El Salvador saw thousands of protestors take to the streets after El Salvador became the first country in the world to accept Bitcoin as its legal currency along with the US dollar.

Although most marchers were peaceful in El Salvador’s capital, San Salvador, some torched at least one Bitcoin ATM on Wednesday, according reports. Others wore shirts with the words “NO To Bitcoin” and spray-painted anti-bitcoin graffiti on protest routes. Others had signs with the Bitcoin logo cross out.

The controversial rollout by President Nayib Bukele of a digital wallet for the country has been criticized. It has been frequently down for maintenance.

The price of Bitcoin plunged up to 16 percent the day El Salvador adopted it. This was reportedly after El Salvador’s government bought 400 Bitcoin worth approximately $21 million at the time. It became the first country in the world to add Bitcoin to its balance sheet and keep it in reserve.

Bukele stated that the country purchased 150 more Bitcoins after the drop.

Dora Rivera, a 49-year-old protester, told Reuters that the government’s actions were arrogant and authoritarianism.

Wednesday’s protest was the first against Bukele since his election in 2019. It was held on El Salvador’s bicentennial.

The bitcoin law advocates argue that it will allow the 70% of citizens without bank accounts to access financial services.

According to them, citizens who wish to send money home to their loved ones abroad can use bitcoin to bypass expensive money transfer services. Bukele previously stated that about 25% of El Salvador’s citizens are in the US. Last year, they sent back more than $6 billion in remittances.

However, critics claim that Bukele’s party is using bitcoin adoption as a flashy tactic to distract attention from serious economic problems in the country.

Claudia Ortiz , an opposition lawmaker, stated that Bitcoin was a major economic decision. She also said that it was sent to Congress and passed the following day. “We are in a deep fiscal crisis, with high living costs and high unemployment. The government’s response is to adopt Bitcoin as legal currency, rather than pursuing serious economic policy.

Bukele posted on Twitter that the vast majority were complicit with vandalism.

“They claim that vandalism was caused by infiltrators,” but there has been vandalism at ALL of their demonstrations,” Bukele wrote. “And why wasn’t there any shouts to’stop’ or Don’t do this?

The protestors, who organizers estimate at 4,500, marched against what they called power grabs by Bukele.

Bukele’s party dismissed five members of the Constitution Panel of the country’s Supreme Court in May and replaced them with more friendly candidates. The court quickly tossed aside the long-held interpretation of the court’s constitutional ban on consecutive presidential terms. This set the stage for Bukele to possibly seek reelection 2024.